A few days after my last post Still waiting for fish the fog appeared. One morning the lake was so misty that we could not see the islands in front of us (less than one kilometer away). As every morning, my Dad left for the cast nets and the much-awaited fish was finally there. During a period of about two weeks we caught a lot of fish: pike, pike perch, white fish and bream. 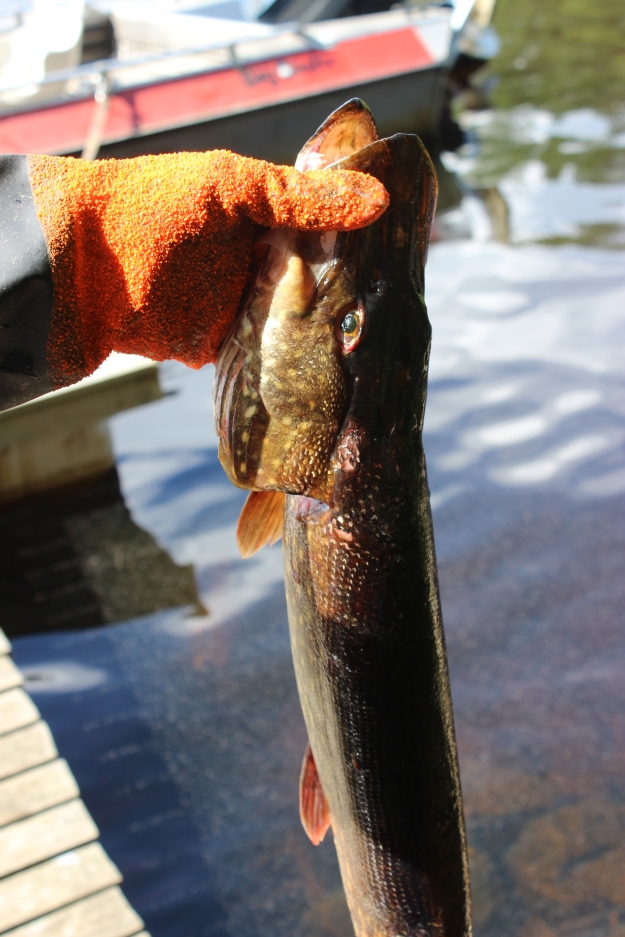 Pike is a freshwater fish commonly found in Finland.

Not all fish is equal. Pike we usually give away to a local family who gives us potatoes and milk in exchange. Pike perch we consider like gold (it can cost nearly 40€ per kilo at super market) so we keep it. White fish is another precious fish, and we keep it too. However, bream is not something we often eat, so we normally give it away either to a Russian friend who loves bream, or to our neighbors who give us mushrooms in exchange. The cast nets sometimes give us roach but that is for cats… 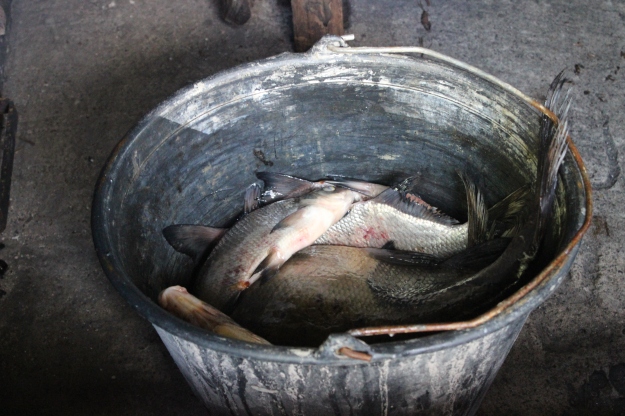 Breams and roaches before being given away.

Life continues to be sweet at the summer house. And it doesn’t hurt to go back to basics: the barter economy!