The first time we walked into the Bakery, Niki welcomed us like we were her family. She made us sample local specialties including lemonopita, a heavenly citron cake. 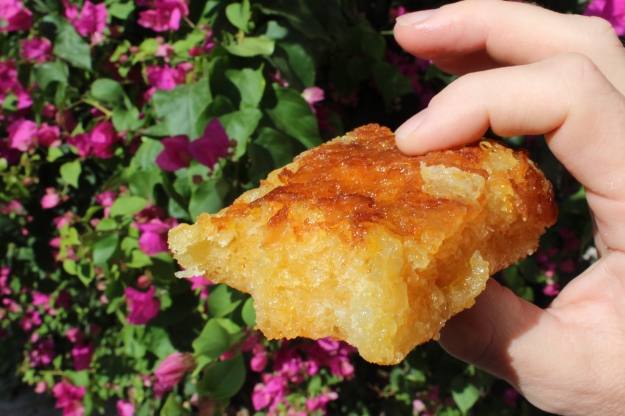 The second time she offered us sea snails she was snacking between customers. By each visit, our discussions grew longer and we enjoyed listening to the stories told by her strong Cleveland, Ohio accent. It soon became our daily highlight to go and see Niki and her husband Marko. 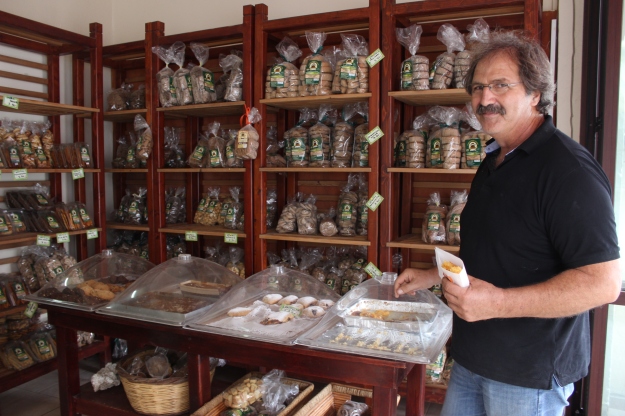 Their Bakery is the oldest in the region, and specializes in traditional Sfakia treats as well as in more common Greek products (like a delicious spinach pie!). I am usually not a big fan of bakeries, and even in Paris, months can go by before I step into a boulangerie, but something told me that Niki’s and Marko’s bakery is different and worth exploring. 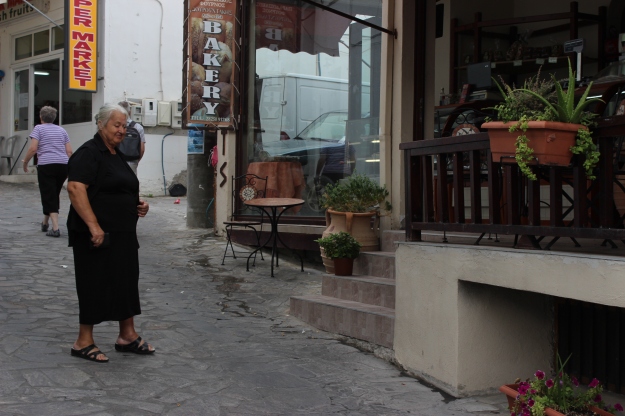 I soon learned what it was. Marko explained to me that they try to stay loyal to the famous Cretan diet, which means using as much as possible flours other than wheat, nor forgetting olive oil instead of butter. Barley, rye and oak are commonly used, but some more exotic flours like carob is used, too. Marko continued that they are very keen on developing more products based on carob, because it is a gluten-free flour and has a very special flavor (it is often used a substitute to chocolate) . 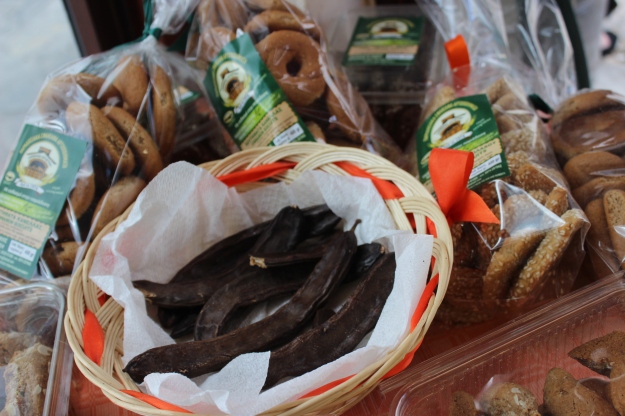 Based on my empirical research in Hora Sfakion and Paris (yes, our suitcase was half-full of these delicious products!), I have established my Top Sfakian Delights (available in the Bakery) list:

1. Rusk: this double-baked bread, which comes in different variations is so yummy! When you order dakos at Greek restaurants, this is the bread they use in it. I particularly like olive oil rusk and tomato&feta rusk.

2. Sfakian treat: this sweet has traditionally been served at Sfakian weddings. Anis, coriander, orange and mahlepi give it its distinctive oriental flavor.

3. Graviera cheese: is a type of rusk that has a strong taste of local graviera cheese, which is made from a mixture of sheep, cow and goat milk. 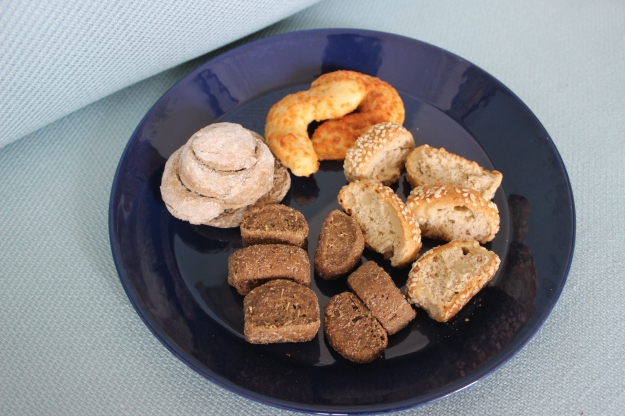 4. Carob with cereals and almonds: this is the famous carob-flour based sweet, which contains less than 20% of wheat (the Bakery is studying how to replace the wheat, thus making it entirely gluten-free). It has a taste of some of the biscuits my Grandmom used to make, and I would personally serve it with coffee.

5. Lemonopita (citron) or Portokalopita (orange): these sweets have no wheat flour in them, and I am trying to convince Niki to share the recipe…. These are some of the best desserts I have ever tasted in my life!

6. Spinach pie: talking about crunchiness! Before catching a ferry to Loutro and other places, we purchased these wonderful pies for lunch. I tasted spinach pie all over Crete, but this is by far the best!

If you read this far, you are probably a foodie, so why not to make a visit to the Bakery the next time you are traveling in western Crete?

The Bakery of Niki and Marko Douroudakis, Hora Sfakion, Crete.