Jodhpur is located about 300 km from Jaisalmer, and the journey is long and dusty. You look at the map and think the distance is nothing, but 300 km in India is not like 300 km in many other countries… You have huge overloaded trucks, camels, cows and sometimes elephants using the roads too. All this adds to India’s exoticism but affects driving. Be prepared! 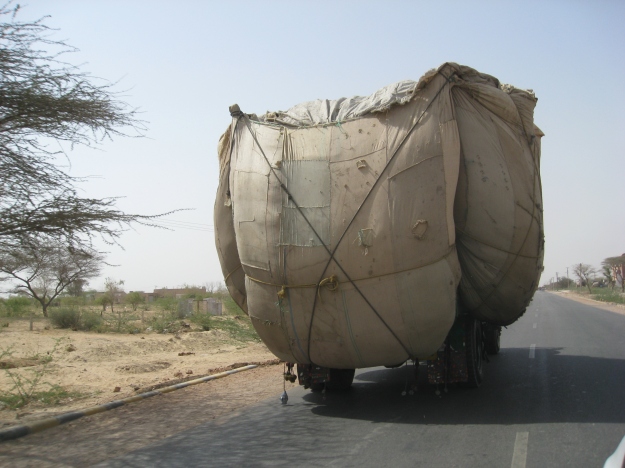 We spent one afternoon, one full day and one morning visiting Jodhpur, the second-largest city in Rajasthan. Althought its historical importance is evident, the Blue City was not our favorite destination in Rajasthan. It didn’t create the aww effect like many other places did and I still wonder why. This could be because we were getting tired…. tired of sitting in the car and tired of absorbing so much of everything. In fact, I believe that because of the abundance of history and culture in India, one gets overwhelmed. “Cannot take it anymore” is a common feeling some time during the travel, and maybe this was exactly what we were suffering from while in Jodhpur?

Now, years later, I look at the photos and find Jodhpur charming. I would be curious to return and see how I would now feel. Meanwhile, you can make your own impression of the Blue City through my photos! 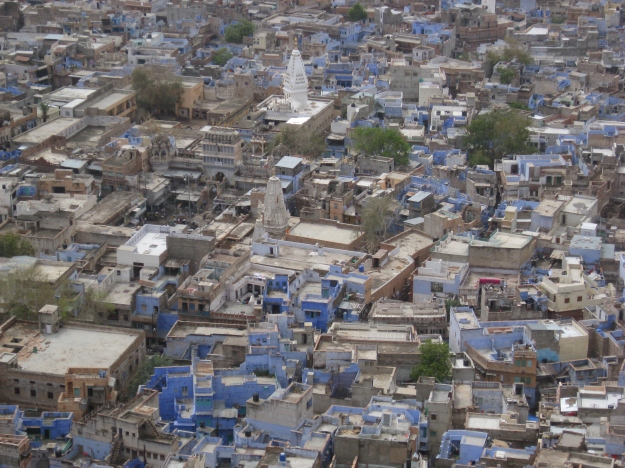 Some photos of the street view: 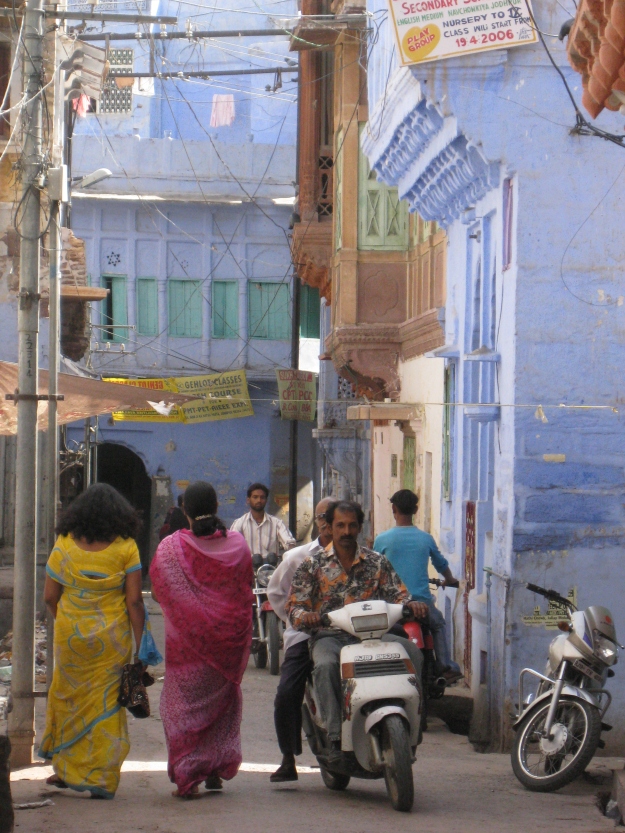 It cannot get more blue than this, can it?

FYI: Next post will give more information about the practicalities.

Note: This is the 19th post about our trip in Delhi, Agra, Rajasthan and Bombay in March-April 2008. Previous posts are:

PS Have you already joined Pearlspotting?

33 thoughts on “Jodhpur: The Blue City”