The introduction to this post can be found in the previous post, Photos of eastern Ukraine: part 1, where I explained that I used to work in Ukraine from 2005 to 2006 and that I visited the eastern part of Ukraine many times for work.

Eastern Ukraine is a region of incredible mineral resources and it is no wonder that it was once the heart of the Soviet Union’s industrial production. I could visit factories that employ more than 10,000 people, meaning an entire town. The physical scales were huge, but so were some personal egos, too. I got a feeling that the region was home to some extremely powerful men, who made or broke the lives of the rest. In describing the region’s relation to Kiev, the capital of Ukraine, unity and co-operation were not the words I would choose.

Join me again to discover this region by photos I took during my visits: 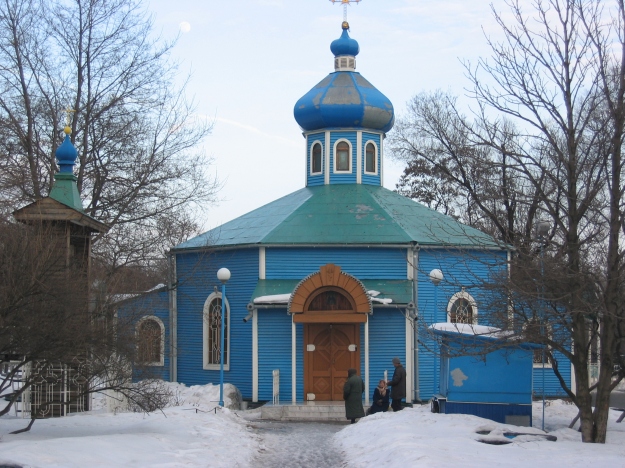 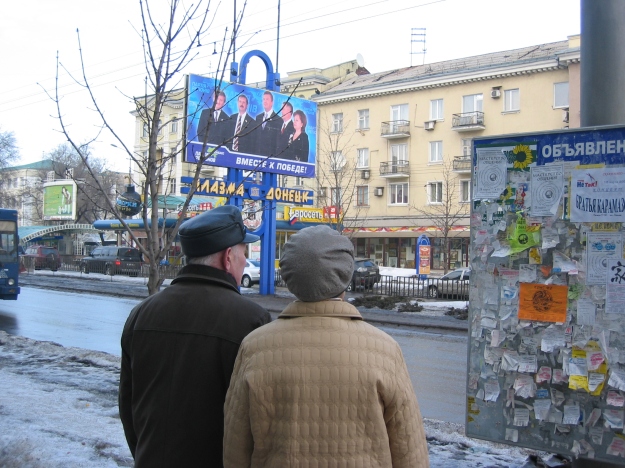 Donetsk, the city of metallurgical companies and mines. Now a self-claimed People’s Republic…

I wonder what these women think of today’s situation?

Lenin, standing on the main square of Donetsk just a few steps away from my hotel, became my object of observation.

Every other night I would go for a walk from my hotel and see political demonstrations. Always supported by Lenin.

When this young man wore a shirt saying “For Ukraine without Yushchenko”, little did he know that things would get much more serious than just getting rid of the President….

Any thoughts these photos brought to you?