As someone who professionally observes economic and political developments in different fast-developing emerging markets, I find it particularly interesting what Espace Culturel Louis Vuitton is doing. Since 2006 they have organized three contemporary art exhibitions per year, gathering artists from all over the world (but mainly from emerging markets) to show their work around different themes such as travel, heritage, art and fashion. These themes are then presented in the light of globalization, localisation, conflicting identities and nostalgia that compete to win the future in so many countries today, and as one could image, the result of intriguing!

I have followed Espace Culturel Louis Vuitton exhibitions since the beginning and some of my personal highlights are the very first exhibition called Métamorphoses (presenting the South Korean artist Sookyung Yee, who was also portrayed at FIAC 2013) and Somewhere Else (another great presentation of today’s globalized world and identity struggles seen through the eyes of artists). Last Sunday I went to see the latest production of Espace Culturel Louis Vuitton: Romanian Scenes. The exhibition combines works from artists that come from two different eras and two different artistically-important locations. Era-wise, there are those from the Communist/Soviet/Cold War period and those who emerged after the collapse of the great Soviet power. Geographically, Bucharest is presented as the more traditional home and the artistic capital of the country, whereas Cluj-Napoca in Transylvania is portrayed as “today’s creative epicenter”.

The exhibition provides an intriguing opportunity to time travel in the past and the future of Romania as well as to learn more about this grand European nation. Indeed, a highly recommended exhibition, but hurry up: Romanian Scenes ends January 12!

Lastly, the million-dollar view of Paris and Parisian architecture you get from Espace Culturel Louis Vuitton is another good reason to head toward avenue des Champs Elysées… Just don’t be afraid of the dark (you will see why)!

PS The copyright of the image goes to  Espace Culturel Louis Vuitton, whose press service I thank for kind cooperation with Pearlspotting.

Last week we were invited to an exhibition opening of Uzbekistan-born artist Andrei Esionov. Like art at its best, Andrei’s oil and watercolor paintings gave a lot of food for thought. Le vernissage itself was The Party of the summer: excellent champagne, sushi rolls, salmon tartines, Russian vodka, abundance of Chanel bags & Louboutins, and very interesting people from France, Russia, Georgia. 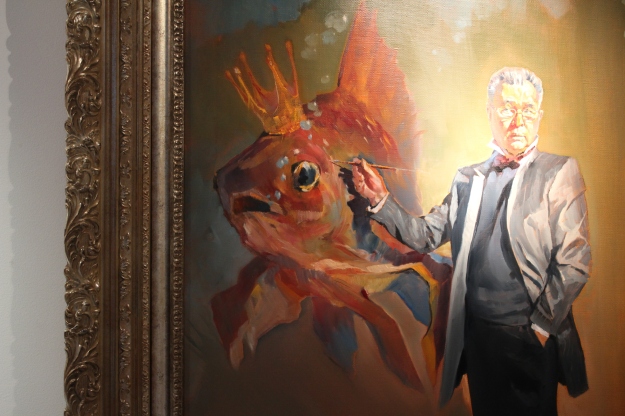 The exhibition “Moscow and Muscovites” consists of portrays of famous Russians and cityscapes of Moscow where the artist nowadays lives. I found the portrays original and the idea of mixing the old-school Soviet stories with modernity pleased me. Personalities that appear in the portrays are film directors, ballet dancers, astronauts, neurosurgeons, not forgetting the former President Mikhail Gorbachev.  The watercolor cityscapes show Moscow as I remember seeing it myself. Looking at these pieces of art open a window to the everyday life in Moscow: babushkas walking to a nearby market, Orthodox churches that compete with skyscrapers for attention, lonely women wondering where the Motherland of Russia is going, etc. 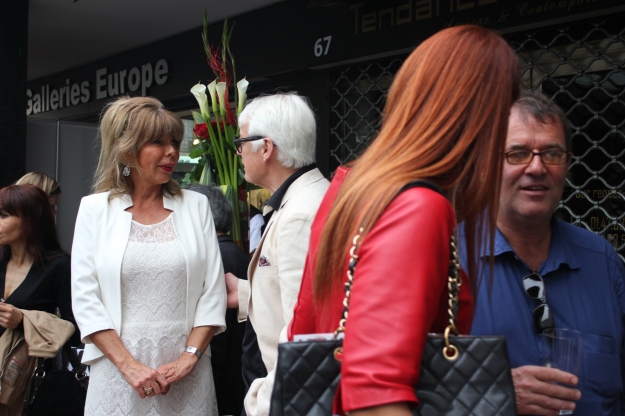 The exhibition was organized by Chez Higgins and they did a superb job. As soon as we walked in, we were greeted by Eric and Thierry, and they immediately made us feel very comfortable. Exactly as it should be! Through them we met a large number of people from photographers to art event directors. We had a long and interesting chat with a French girl who works with silk and explained different silk-making methods and which countries produce the best silk. Then we met someone who used to live with Salvador Dali and confirmed that indeed he was not a very pleasant person. (was Dali nastier than Picasso, that we did not figure out….) In the end of the evening we enjoyed the company of a sociologist, an ex-student of famous French philosopher Gilles Deleuze. This same sociologist had visited my home country Finland, and provided me with some interesting insight to the Finnish mentality. 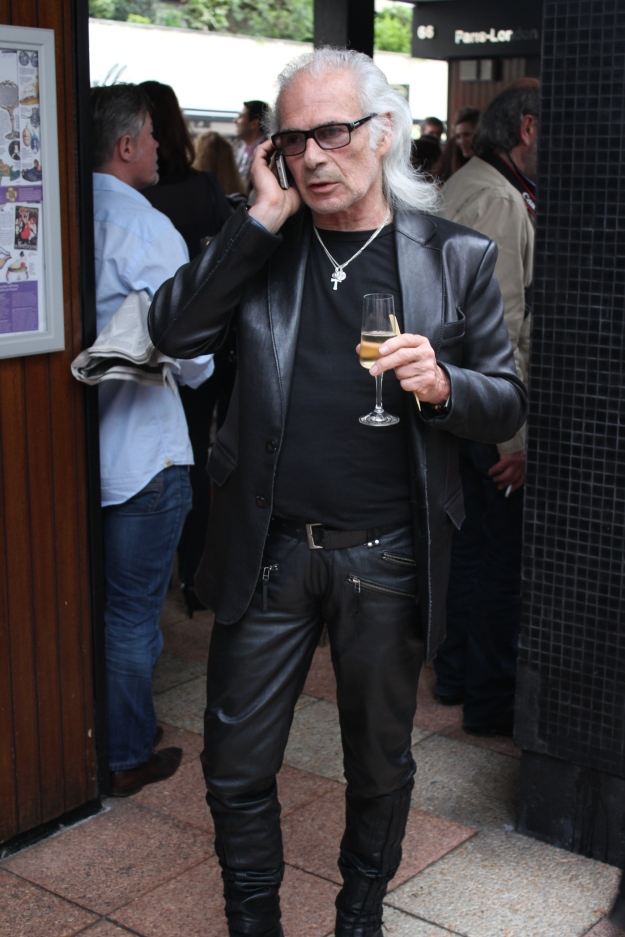 Time went by and so did glasses of champagne. Everyone was having a lot fun and the champagne bottle delivery did not seem to end. I thought it was très chic that they had personalized the bottles: cuvée spéciale “Moscow and Muscovites”. It could not have gotten more elegant! 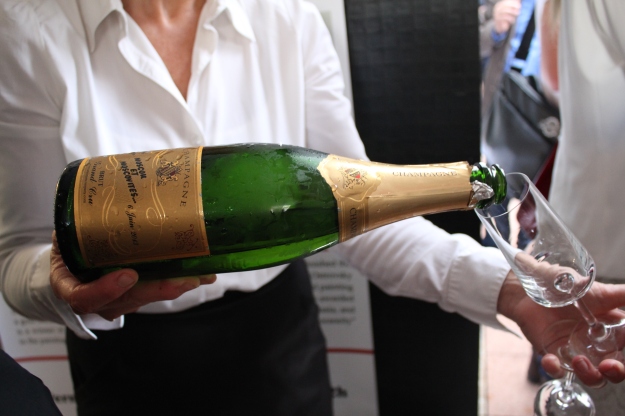 The evening was fascinating. The weather was hot and humid. No one seemed to want to go home. It was almost midnight. The waiters started serving sweets. Rounds of champagne continued.

It must have been past midnight when we finally caught a taxi. My handbag was full of business cards of people I need to email… This brief virtual visit to Moscow had indeed been very pleasant and inspiring.