The coolest thing ever happened yesterday and I am sure you will agree with me! Continue reading to find out more!

An article of the Danish Meteorological Institute appeared on the Facebook page of my brother Tuomas with a comment “Not everybody has a giant iceberg drifting in Greenland named after him. Watch out, here comes the Iceberg Niskanen!!“.

While I was writing Tuomas to know more I was asking myself if the heat wave in Finland had melted his brain –after all his Facebook comment sounded rather absurd, didn’t it? But no, I soon learned that it was a true story. Tuomas responded to me to explain that his former colleagues had paid respect to him by naming an iceberg after him. As simple as that. During one of their research missions they found a new iceberg drifting in the ocean near Greenland, thought about my brother Tuomas, and called it after him. Isn’t this is the most cool thing ever??? 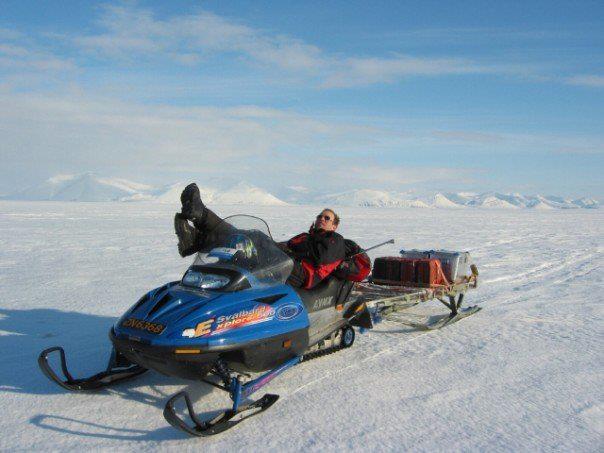 When my brother Tuomas was sunbathing in Svalbard, little did he know that across the Greenland Sea there was an iceberg that a few years later would be named after him.

As this iceberg measures more than 2km times 4km (the size of the capital of Greenland!), I remain hopeful that it will resist the global warming, at least as long as it takes Tuomas to visit his namesake!

PS Coincidentally yesterday was also my brother’s birthday, so by this recognition he probably received the biggest birthday present anyone can ever get! Or can you think of anything bigger?

One day after this post, Helsingin Sanomat, the main newspaper in Finland, published an article about my brother and the iceberg. It can be read here (in Finnish): http://www.hs.fi/ulkomaat/Gr%C3%B6nlannista+irtautunut+j%C3%A4%C3%A4vuori+sai+nimekseen+Niskanen/a1407031200275

21 thoughts on “An iceberg named after my brother!”